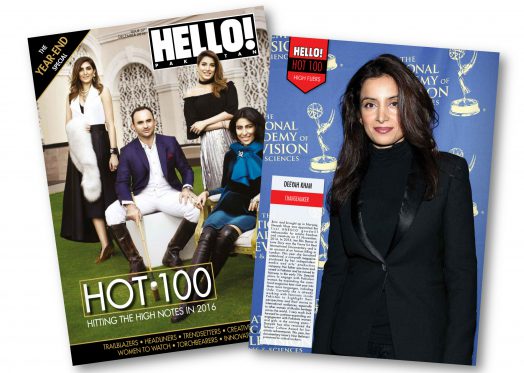 Each year Hello! Pakistan release a year-end edition with a ‘Hot 100’ list celebrating inspiring Pakistanis who have made their mark. Included in the international segment of Hello! Pakistan’s shortlist is Deeyah Khan, film director behind the award-winning documentaries ‘Jihad’ and ‘Banaz A Love Story’.

2016 was a landmark year for Deeyah Khan as she made history becoming the first ever UNESCO Goodwill Ambassador for Artistic Freedom and Creativity. She also launched sister-hood a platform where women of Muslim heritage can speak for themselves.