Banaz Mahmod was murdered by her own family, in an honour killing. This film tells Banaz’s story, in her own words, for the first time - and tells the story of the extraordinary police team who refused to give up, and finally brought her killers to justice. 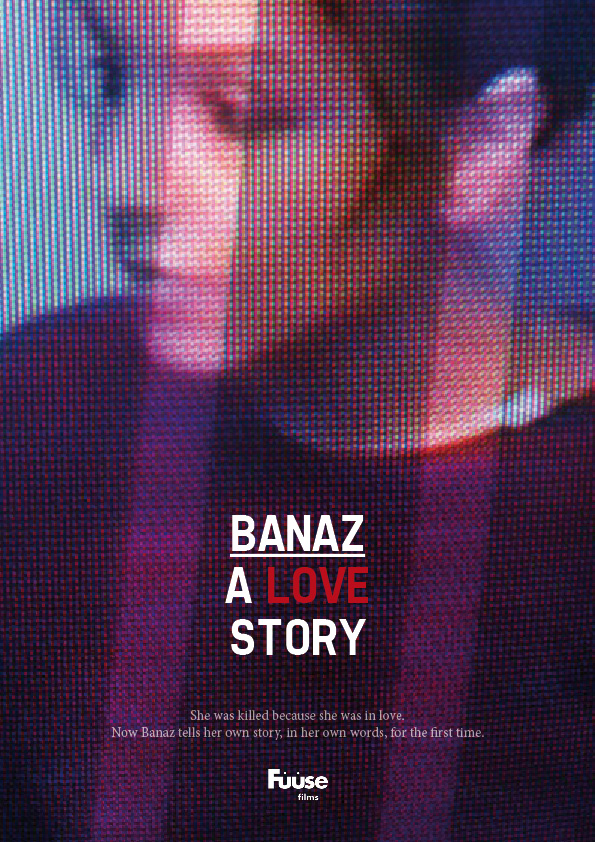 This is a documentary film chronicling an act of overwhelming horror – the honour killing of Banaz Mahmod, a young British woman in suburban London in 2006, killed and “disappeared” by her own family, with the agreement and help of a large section of the Kurdish community, because she tried to choose a life for herself.

It was a case which shocked the entire world and received enormous international press coverage; but until now, the voice of Banaz herself has never been heard.

As the result of four painstaking years gaining the trust and co-operation of the extraordinary police officers who solved the case, the film contains heart-breaking  footage of Banaz herself, detailing the horrors she was facing and accurately predicting her own brutal murder. The footage, which has never before been seen and has been obtained by the filmmakers for the first time, displays the warmth, beauty and courage of Banaz.

Despite the horror, what emerges is a story of love…

Of Banaz, an ordinary young British teenager, whose relationship with Rahmat put her life in danger. It was her video messages from beyond the grave which convicted her father and uncle of the murder she feared would happen.

Of Bekhal, a young woman of incredible spirit and bravery, whose love for her murdered sister gave her the strength to testify against her own family and community – bringing justice to Banaz but consigning her to a life forever lived in hiding.

Of Detective Chief Inspector Caroline Goode, the senior Scotland Yard detective, who says she came to love Banaz beyond the grave. It was Caroline’s dedication and passion which drove her on, finding her body against all the odds, laying her to rest, and relentlessly pursuing her killers, even to Iraq.

And Deeyah, international music producer and activist turned filmmaker, who has herself been subject to honour related abuse and threat. It was Deeyah’s love for the story, for Banaz, for Bekhal and for Caroline, and for raising awareness for the issue of honour killing, which has driven her to spend four years making this harrowing and deeply emotional film, running out of funding long ago, but forming an intimate bond with all the key players, which plays out on screen in scenes of astonishingly confessional testimony.

Banaz is a symbol of horror and hope in the fight to overcome oppression and outdated, abominable cultural practices, practices which claim the lives of thousands of other women like Banaz every year.

But above all, the film is an act of remembrance, an act of recovery of Banaz, one human being. After her family tried so brutally to erase her from the face of the earth, for the first time, Banaz’s voice is finally being heard.

In the making of this film, Deeyah has worked with a wide range of experts, activists and NGOs specialising in the field of honour-based violence, some of whom have been interviewed for the film. This collaborative process has led to a shared recognition of the urgent need for online educational resources and campaigning networks dedicated to this vital issue.

As a result, the making of Banaz: A Love Story, has led to Deeyah and her partners founding two initiatives:

HBVA (Honour Based Violence Awareness Network), an international digital resource centre working to advance awareness through research, documentation, information and training for professionals who may encounter women, girls and men at risk, building partnerships with experts, activists, and NGOs from around the world.

Memini, an online memorial to victims of honour killing. Memini exists to acknowledge the lives and deaths of thousands who are killed in the ongoing massacre of “honour” killing. We seek to create a community of remembrance to end the silence, honour the dead and keep their memories alive, collecting and preserving the stories of women like Banaz, as well as celebrating their strength and courage.

Selected reviews and testimonials about the film:

"A now celebrated film in which Banaz Mahmod can be seen warning the world that her own family would soon murder her. It’s just so hard to take, or even to take in.... What moved me most was the clear worth of Banaz’s personality. We needed her ..."

"One of the most upsetting documentaries you will ever see, but also vitally important. Banaz's family wanted to erase all memories of her - this devastating film makes sure that they didn't succeed. A deeply affecting film."

"A completely shocking, revealing, and timely insight into the scourge of 'honour killing'. ... quite literally a horror movie"

“Extraordinary, Five stars out of five”

“One of the most moving things I've seen in a while. Watch this film if you can. A real wake-up call.”

“At the end of a film screening, there’s usually a few moments of silence as reality slowly creeps back into the room. Then normality descends, chatting and laughter resumes, and gradually, the intensity of everything you’ve just seen fades away in comparison to the immediacy of real life. This does not happen after this documentary. The room stays largely silent. People stare blankly at the screen. Some are in tears. And the once-familiar, once-friendly streets of London, when you step outside into the sunlight, never look quite the same again.”

“What happened to Banaz makes the heart black with fury... it takes a documentary like this one to really bring home the foul reality of what these women have to suffer. Watching this pretty, fragile young woman pouring her heart out… was extraordinary.”

“An excellent film .. a powerful indictment of the misogynistic control that menaces some communities, and the misplaced cultural sensitivity that allows it to go unchallenged.”

“A story told very powerfully and with the very painful addition of footage of Banaz herself, essentially predicting her own murder.

"Banaz: A Love Story is such an extraordinary film. Banaz's story and her testimony are incredibly moving. This is both a hugely important and an extremely intimate film about an issue that needs bringing up again and again."

"Enraging, enlightening, don't miss this one. One of this year's must-watch movies."

"Graphic and disturbing… the terrifying ordeal of a young woman who defied the deeply-entrenched conventions of her patriarchal society to leave her abusive husband and start a new relationship.”

“Devastating…like watching a car-crash in slow motion …. Banaz’s memory is given the time it deserves in this harrowing film. … True horror lies in wait just down the road.”

"The film doesn’t fail to warm, as well as disgust. A completely absorbing, upsetting, enraging, heart-felt and must-watch film."

“Very moving and an horrific eye-opener”

“Daring and provocative.. reveals a heroic character in Banaz; one whose extraordinary bravery and determination in the face of life-threatening danger transforms the miserable silence of oppression into a demand for the most basic of human rights…. A moving tribute.”

"A powerful and deeply touching film that stirs a vast range of emotions and leaves you speechless."

“Heart-wrenching… a harrowing documentary that provides a powerful insight into a cultural issue that should be treated as an outrage in this country and internationally. … … the cinematography greatly enhances much of the core messages of the documentary as the sweeping shots of everyday London, juxtaposed with the heinous horrors being described, confront the fact that these things could be happening in any of the houses the camera pans over. Someone just like Banaz could be your neighbour, your child’s friend at school – the woman you work with.”

“Last night, twitter feeds blew up in reactions ranging from disgust, outrage and heartbreak, in response to the ITV broadcast on the painful life story of 20-year-old Banaz Mahmod. The powerful yet painful film leaves no horrifying detail out. There is a debate in the UK, noticeably by twitter reaction to the film, as to whether it is appropriate to label such a murder as an “Honour Killing”, as there is no honour in murder.”

A film by Fuuse

Banaz A Love Story has been shown at festivals and events around the world. A shorter version of the film has been adapted for TV and was shown on ITV1 in the UK on 31 October, under a different title of Banaz: An Honour Killing.