JIHAD: a story of the others 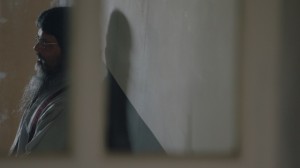 The world has watched aghast as thousands of young men and women abandon comfortable lives in the West to join the barbaric ISIS (Islamic State of Iraq and Syria). Girls and boys have gone rapidly from being apparently well-adjusted school kids, to enthusiastically joining the ranks of Kalashnikov-wielding religious warriors and burkah-clad “jihadi brides”. It feels like a new and frightening phenomenon, one which has left many feeling bewildered and revulsed.

But as this new documentary film by Emmy Award winning director Deeyah Khan shows, Westerners embracing jihad and death is nothing new. For three generations now, young people across Europe have fallen prey to extremist groups and fought, killed and died with mujahideen movements from Afghanistan, Bosnia, and Kashmir, to Chechnya and Burma. 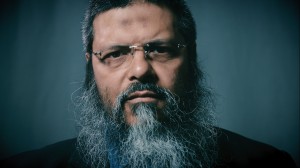 In this film, Deeyah, an activist and film-maker, who has herself faced threats from extremist fundamentalists in the past, sets out to find out why the jihadi message has such an alluring hold on young Westerners.

First, she went back to the roots, spending two years with some of the leading figures in the British jihadi movement from previous generations. She secured unprecedentedly emotional and raw testimony from former extremists, learning from the inside what it is like to be drawn into radicalism, to have your life ruined by extremism and violence, a message which has continued appeal cascading down through the generations.

In JIHAD, Deeyah meets one of the godfathers of the British jihad, who went abroad to fight, and who preached extremism to thousands of young Muslims across the UK and the West.

Deeyah’s search for answers then takes her to the streets of modern Britain, meeting today’s young Muslims, caught between extremism and the War on Terror.  She meets young British Muslims who feel angry and alienated, facing issues of discrimination, identity crises and rejection by both mainstream society and their own communities and families; but in surprising moments of insight and enlightenment, she also finds hope and some possible answers to the complex situation we are currently in.