Women in Film and TV Filmmaker Masterclass with Deeyah Khan 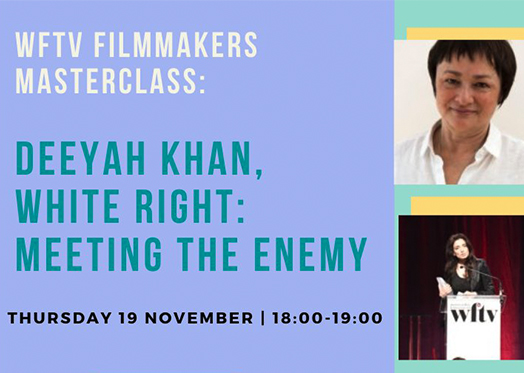 Journalist and on-screen reporter, Barbara Govan will be talking with  Deeyah Khan, about the making of her Emmy-winning documentary White Right: Meeting the Enemy on Thursday 19 November at 18:00 GMT.

This event is part of WFTV’s new strand featuring filmmakers in conversation about one of their films that was particularly important to them, and the behind-the-scenes challenges – whether ethical, legal or production-based – that they faced making it. Deeyah was the winner of WFTV’s 2018 BBC News and Factual award.

Click here for more information, or to reserve a place.