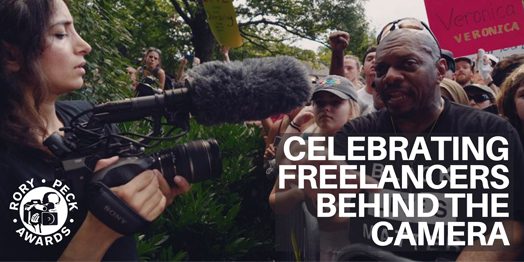 “Although the topic has been covered a lot in recent years, they got under the skin of these characters in a way that no-one else has.” - Rory Peck Award Judges

Deeyah Khan (Director) and Darin Prindle (Producer) have been nominated for the Sony Impact Award for Current Affairs for the documentary White Right: Meeting the Enemy.

The Rory Peck Awards, now in their 24th year, honour dangerous yet valuable work by freelance video journalists, filmmakers, and cameramen and women in the area of news and current affairs.

The nomination recognises Deeyah Khan and Darin Prindle’s courage in filming White Right: Meeting the Enemy – a documentary on the American far-right - in which they film an intimate interview with the leader of America’s largest neo-Nazi organisation, visit neo-Nazi training camps, and take part in the now-infamous ‘Unite the Right’ rally in Charlottesville.