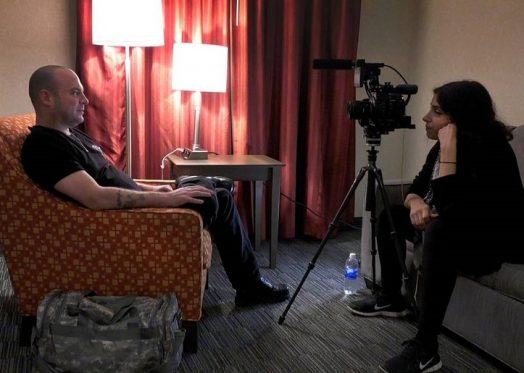 On April 4th, The New York Times featured an article on Jeff Schoep, former leader of the National Socialist Movement (NSM), the largest neo-Nazi organisation in America. Jeff appeared in Deeyah's Emmy-winning documentary White Right: Meeting the Enemy. Schoep was still involved in the NSM at the time and has now disavowed his belief in white supremacy.

The article covers his attempts to transform himself into a campaigner for tolerance in order to make amends for his past activities. Schoep cites conversations with Deeyah during the filming of White Right as a turning point.

Deeyah comments that Schoep had been protective of her while she was investigating the white supremacist movement in America, and that at the time, she felt that he was in the process of leaving the hate movement.

Previously, NSM members Brian Culpeper and Ken Parker had both turned their back on white supremacist movements after their encounters with Deeyah Khan.

The full New York Times feature can be read here.