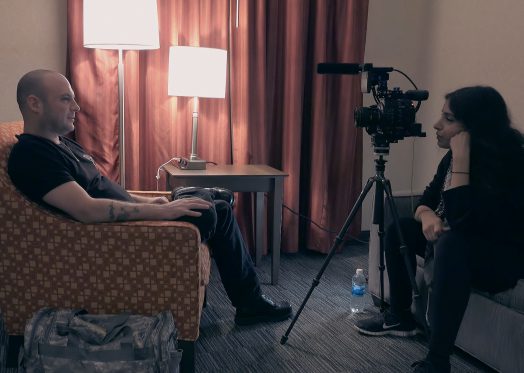 Norwegian film director Deeyah Khan’s investigation into the rise of nationalism in Donald Trump’s America has been nominated in the Current Affairs category at the 2018 International Emmy awards. The announcement was made yesterday, on Deeyah’s birthday.

Produced through Fuuse, her Norwegian film company, White Right: Meeting the Enemy was first broadcast on ITV in the United Kingdom. In June 2018 it was added to Netflix in the US and UK alongside Jihad, her film exploring Islamist extremism. White Right: Meeting the Enemy has also been broadcast in Norway and Denmark. It will be shown in Canada and Australia in coming months.

Deeyah was first nominated – and went on to win - an Emmy in 2013 for her debut documentary film Banaz: A Love Story which documented the ‘honour’ killing of a young woman in London.

The 2018 International Emmy awards will be presented in New York City on October 1st.