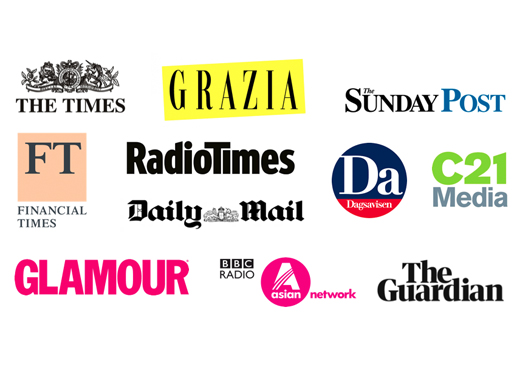 Deeyah Khan’s new films America’s War on Abortion and Muslim in Trump’s America have generated widespread recognition, media coverage and critical acclaim since release, which was timed for the run-up to the American election.

Grazia Magazine - My Miscarriage Affirmed The Importance Of Abortion
Deeyah Khan opened up about her miscarriage. Sadly, her pregnancy failed whilst she was in the process of editing her documentary America’s War on Abortion which impacted her experiences of making the film.

Glamour Magazine - New film paints a picture of how fragile abortion rights are in Trump’s America
In this interview Deeyah explained how she tried to keep a low profile in the film to centre the stories of women seeking abortion – but how vicious sexist harassment and abuse from anti-abortionists made her lose her cool.

The Times reviewed America’s War on Abortion giving it four stars, describing it as a film that ‘couldn’t be more timely’ and ‘excellent.. [with] intimate access.’

NRK – Presidential Debate
Having spent the last 20 months in the USA filming, Deeyah Khan was interviewed by state broadcaster NRK about her thoughts on America’s presidential elections. You can watch this segment again from the 23 minute mark here.

BBC Asian Network Radio Interview
Deeyah Khan spoke on the popular ‘Big Debate’ show about the documentaries and her thoughts on the USA presidential election. Listen back from the 2 hour 10 mark.

C21 Podcast Interview on Spotify
Deeyah Khan was interviewed about her documentaries, including her Emmy-winning White Right: Meeting the enemy, which dealt with the white supremacist movement in America. Listen back from 1 minute 10 seconds.

The Radio Times – ‘People are disconnected’
Deeyah Khan shared her thoughts about the US presidential race in the popular UK magazine and TV guide.