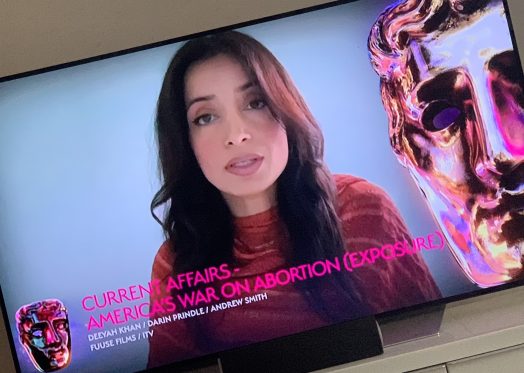 Last night, Deeyah Khan won her first BAFTA Award in the Current Affairs category. The British Academy Television award is for America’s War on Abortion, a documentary filmed in America which centres on the crucial work of an Alabama abortion clinic. The film showed female healthworkers' courage in providing essential reproductive healthcare - and the vicious opposition they face from anti-abortion activists.

The film first premiered on ITV in the UK, and was created by Fuuse, Khan’s production company. It can be watched on NRK in Norway here.

This award joins a long list of prestigious awards Deeyah Khan has previously won including two Emmy awards, a Peabody and an RTS award, amongst many others.