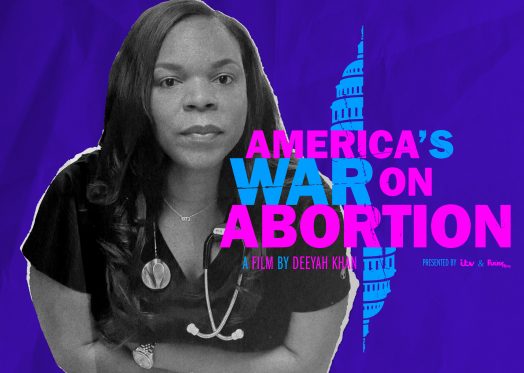 Filming before and during the 2020 global crisis, two-time Emmy winner Deeyah Khan has focused her camera on the extreme beliefs that are being brutally weaponised under Trump’s rule.

America's War on Abortion, is the first of Deeyah’s two new films. In it Deeyah Khan examines the alarming erosion of reproductive rights in the US. Featuring powerful accounts from activists fighting for – and against – women’s right to choose.

NRK Norway will also show the film on NRK2 on October 29th. Check your local listing for times.

In her second new documentary Muslim In Trump’s America, Deeyah exposes the extreme anti-Muslim ideology that Trump has normalised – and ruthlessly exploited – in the fight for votes.

This film will receive it’s premiere on ITV in the UK on Sunday 1st November at 22:50.