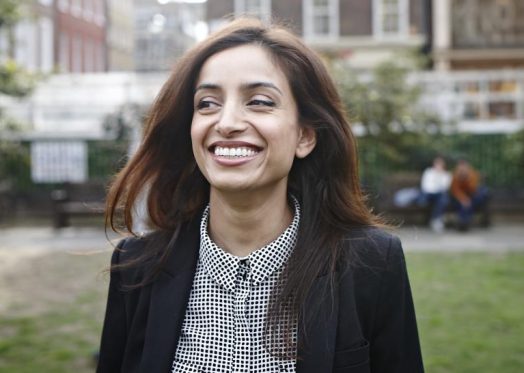 I feel deeply grateful and humbled to be the recipient of this year's Peer Gynt Prize, particularly given the inspirational Norwegian figures who have previously received this honour. I am very proud to be a Norwegian, and to represent Norway abroad.

I feel particularly honoured to be perhaps the first winner of this prize, a woman of color with immigrant roots, reflecting a new, more diverse Norway. I hope that this will provide a source of inspiration to young people living in our minority communities, so that they can see that there is nothing contradictory about being South Asian or Muslim or coming from any other minority and being a Norwegian citizen. And most of all I feel so privileged to be able to represent this new Norway on the world stage.

Although my work is often about looking at the edges where different cultures interact, I like to think there is something uniquely Norwegian about my perspective. I strongly believe in the principles of human rights, in egalitarianism and in the state’s responsibility towards its citizens. I firmly believe that women have a very valuable role to play in shaping society. I think these values underpin all my work.

For me, the most important message of Peer Gynt is against isolationism and self-interest. We cannot live as if we were disconnected from the rest of humanity. We need to engage responsibly with the problems facing us as a species, as individuals, and at a political level. We need to recognise that our common future is tied up in each other and that we have to go forward together.” - Deeyah Khan