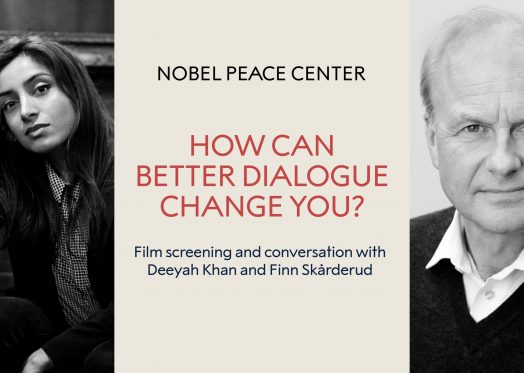 The Emmy and BAFTA winning filmmaker returns to Oslo, Norway for an exclusive screening and conversation on the far-right

Deeyah Khan and the Nobel Peace Center are delighted to invite you to a unique film screening and conversation based on her Emmy-winning film White Right: Meeting the Enemy. In the film Khan engaged American white supremacists in conversation about their life stories and their worldview - with the result that some re-evaluated their beliefs and left hate movements behind them.

Khan will be joined in Oslo by Jeff Schoep, former leader of America's most notorious neo-Nazi group, and Arno Michaelis, formerly the singer of the white supremacist heavy metal band Centurion. Both men appear in the documentary and will join Khan to discuss the draw of extremist world-views – and how they came to leave hatred behind them. This is a timely conversation: the trials of individuals involved in the storming of the Capitol in the 2021 insurrection are currently taking place, and concerns are rising about the risks of far-right groups in many countries.

Due to high demand the event will take place in the Colosseum Cinema on 19th November 2022 at 2pm CET.

The event will be moderated by Finn Skårderud, a professor, author, and one of Norway's most distinguished psychiatrists.