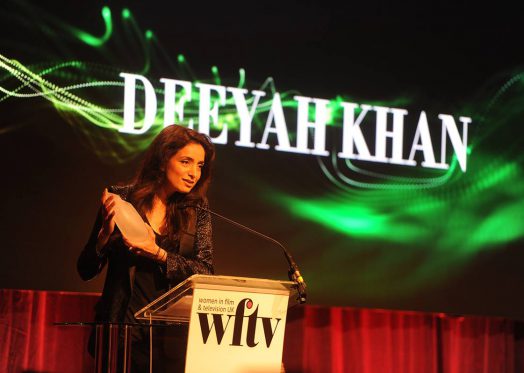 On Friday 7th December, Deeyah Khan accepted the BBC News and Factual Award in London for her courageous filmmaking for White Right: Meeting the Enemy at the British Women in Film and TV Awards sponsored by Sky.

Ade Rawcliffe, the WFTV Board member and Head of Diversity for ITV Commissioning, said “One of the most striking aspects of our unique awards is the huge diversity of our winners. What our annual awards ceremony clearly shows is the huge achievements women from all backgrounds can make when they are given the right opportunities.”

In her acceptance speech, Deeyah Khan revealed that she was heavily pregnant with her daughter during the filming of her documentary on neo-Nazis.