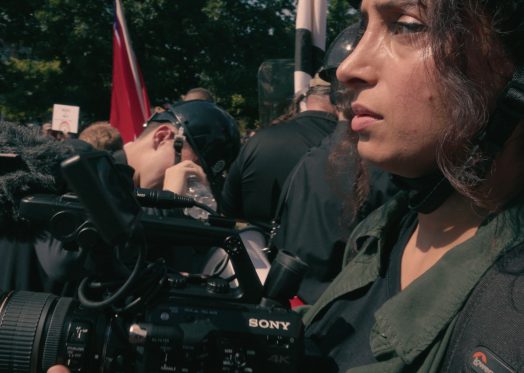 Deeyah Khan’s latest film White Right: Meeting the Enemy will be broadcast on DR2 in Denmark following its recent 2018 BAFTA nomination for Best Current Affairs film. Produced by her company Fuuse, it covers the topic of far-right extremism in the UK

White Right: Meeting the Enemy will be broadcast under the title 'Det hvide højre - møde med fjenden' on DR2 on Thursday 31st May 2018 and will also be made available to watch via DR’s streaming service DR TV.

DR have previously broadcast Deeyah Khan’s film on Islamist extremism, Jihad: A Story of the Others. For more information on White Right click here.