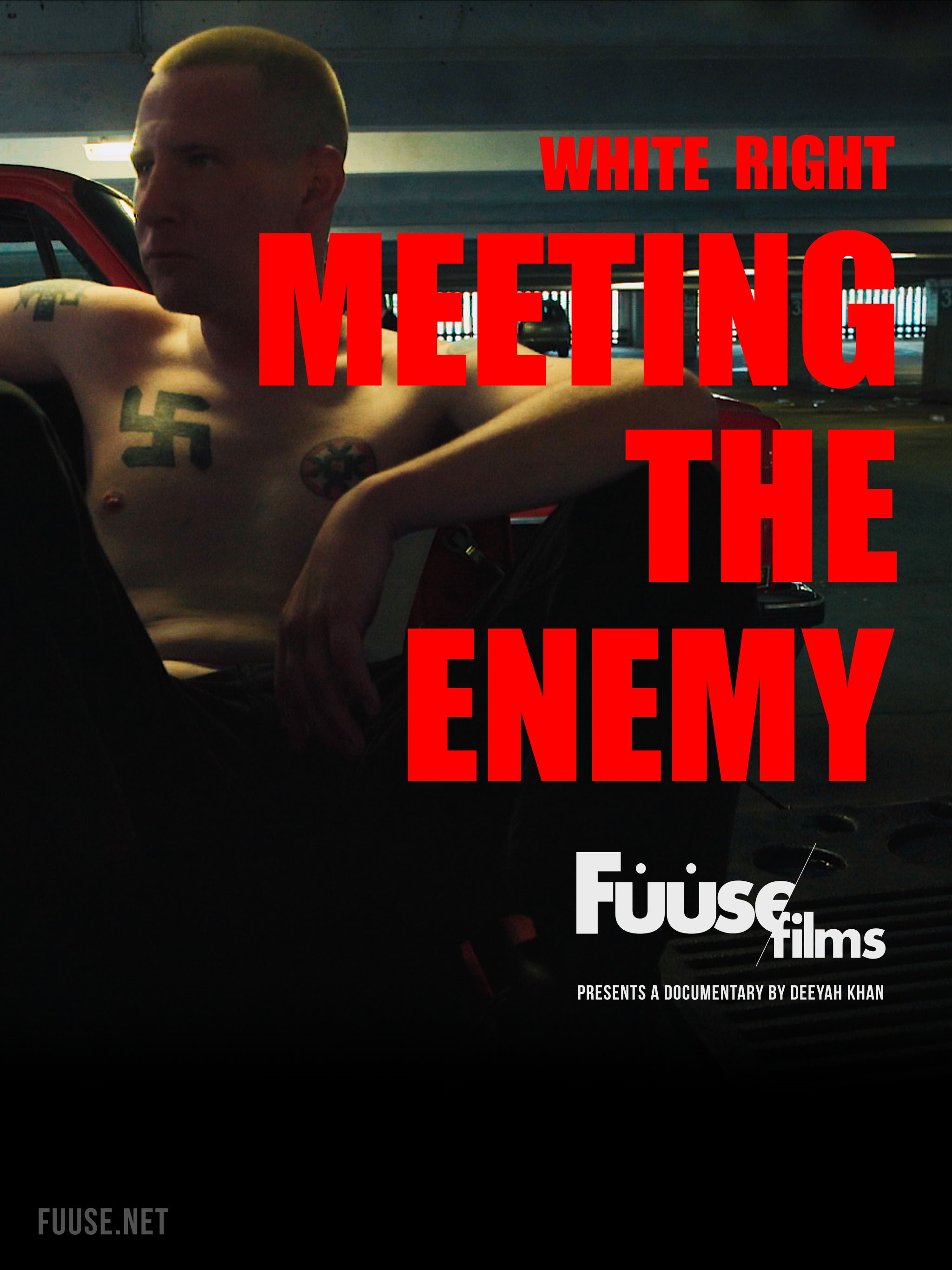 When Deeyah Khan was six, her father took her to her first anti-racism rally.  A Pakistani immigrant to Norway, he promised her that things would get better and that the skinhead gangs that terrorised their family and families like them would soon find themselves relics of past prejudices, that bigotry belonged in history, that tomorrow would be a more tolerant time. Three decades on, and we’re still waiting for tomorrow.

And to do so, she first addresses who.

Following the lauded JIHAD - in which she spoke to radicalised British Muslims who had fought in the name of jihad on the battlefields of Afghanistan, Iraq, Bosnia and Chechnya and now found themselves full of regret - Deeyah joins the frontline of the race wars in America. She sits face-to-face with fascists, racists and the proponents of the “alt-right” ideologies that have propelled Donald Trump to the presidency. From Breitbart’s darling, Richard Spencer to Jeff Schoep, leader of America’s largest neo-Nazi organisation, Deeyah’s need to find the deeper human causes of horrific social forces opens a different possibility for connection and solutions. Rather than dismiss these men as monsters, she’s determined to discover the men behind the masks.

As she tries to get beyond the scare stories to the real stories, behind the headlines to the human beings, Deeyah finds her own prejudices challenged and her own tolerance tested. And that’s before she finds herself in the midst of a race riot, at the now-infamous Unite the Right march in Charlottesville, Virginia. With her own safety in jeopardy, Deeyah experiences the vitriol from both sides in an increasingly violent and vicious divide. Though Martin Luther King Jnr said that “love is the only force capable of turning an enemy into a friend”, can Deeyah find it within her to try and befriend the fascists she meets? Will her empathy extend to neo-Nazis? Even when they declare, to her face, that she is, effectively, sub-human?

Urgent and resonant, WHITE RIGHT is Deeyah Khan’s most personal film yet. Praising WHITE RIGHT: MEETING THE ENEMY, The Times of London said: “Khan uses hard and soft skills to discover what drives such hatred and forces people to face her, their so-called enemy: it gets under their skin and yields results… Deeyah Khan is an extraordinary filmmaker.”

White Right: Meeting The Enemy received its world premiere on ITV in the UK on Monday 11th December 2017.