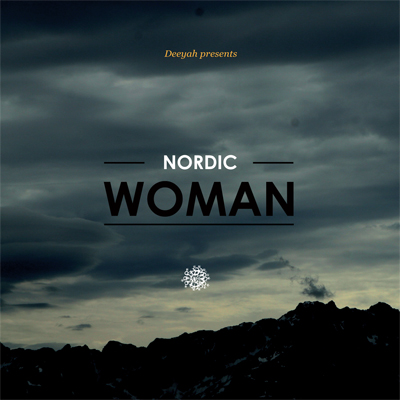 Nordic Woman is a compilation album conceived of and produced by Deeyah featuring female artists from Norway, Sweden, Denmark, Finland and Iceland who draw their inspiration from the various and distinctive styles of traditional Nordic music.

Nordic Woman is the first music collection in an ongoing WOMAN series dedicated to celebrating women's voices and musical heritage from around the world.

Each album, Deeyah explains, is a journey through traditional music forms as expressed through women’s voices and women’s artistry, and is an exploration of women’s experiences and circumstances, drawing attention to women’s position in the world today, their accomplishments, struggles and the barriers they still face.

‘It was natural for me to start the series with a tribute to women’s creativity in the place I was born. Growing up in a Nordic country, and seeing what was possible for women to achieve, has not only formed an essential part of my artistic perspective, but has informed my own personal commitment to women’s rights,’ said Deeyah, ‘so the first release in this series had to be Nordic Woman.’

Produced in collaboration with Grappa Musikkforlag, the foremost independent music company in Norway, Nordic Woman is the debut production from Deeyah’s own Fuuse Mousiqi, a music company with a social conscience, borne out of the union of her two deepest passions – music and activism.

‘Women’s voices, and women’s experiences, remain crucial to the continued progression towards full equality in all societies. The WOMAN series is my way of honouring and celebrating women and a personal voyage through the indigenous and traditional music of their lands’ explains Deeyah.