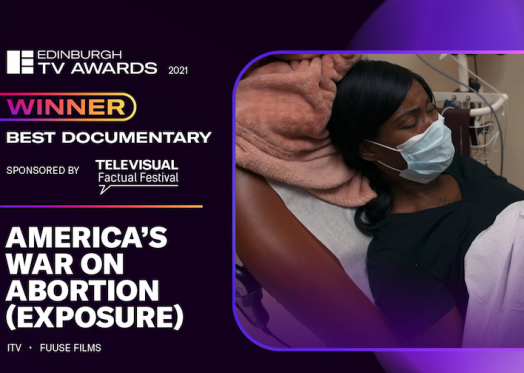 The awards recognise outstanding achievement in television across the UK. The award jurors noted that Deeyah Khan’s documentary is “A really fresh take on this subject…incredible documentary making” further adding that it is “unbelievably raw” and said “the access & trust built was extraordinary”.

The news announced yesterday, marks Deeyah Khan’s 30th award in just under a decade of making award-winning empathetic and unflinching films which deal with some of the most important and polarising issues confronting the world today; extremism, violence against women, inequality, racism and social exclusion. In addition to this Deeyah Khan has received an additional 15 nominations – making her Norway’s most awarded documentary filmmaker.

The film is available to watch in Norway on NRK, on ITV in the UK and in other countries including the USA here.